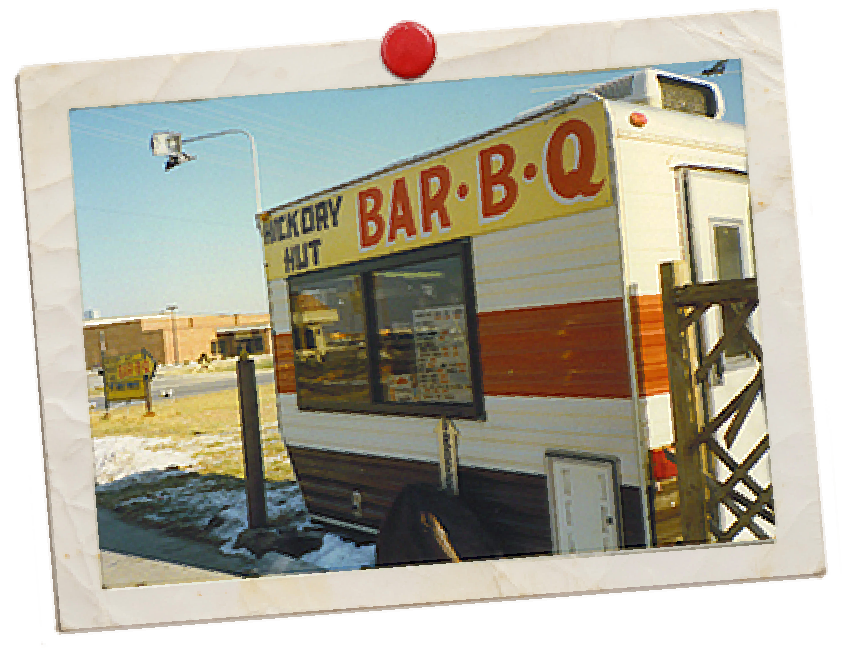 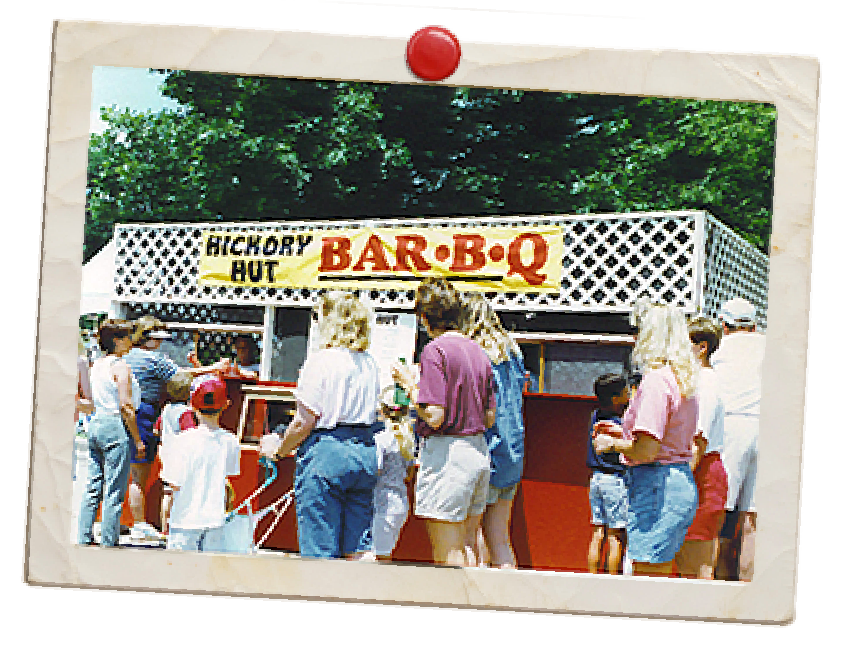 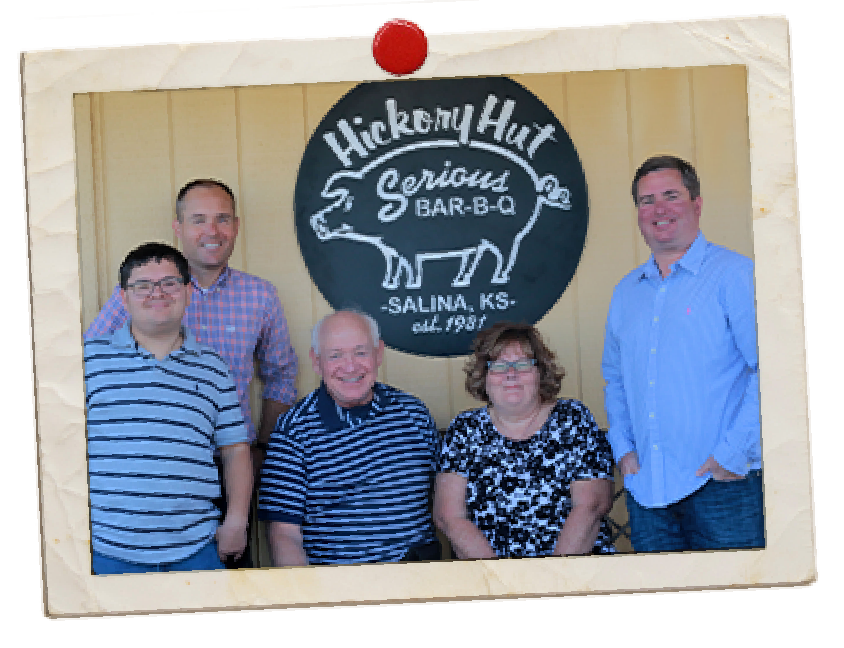 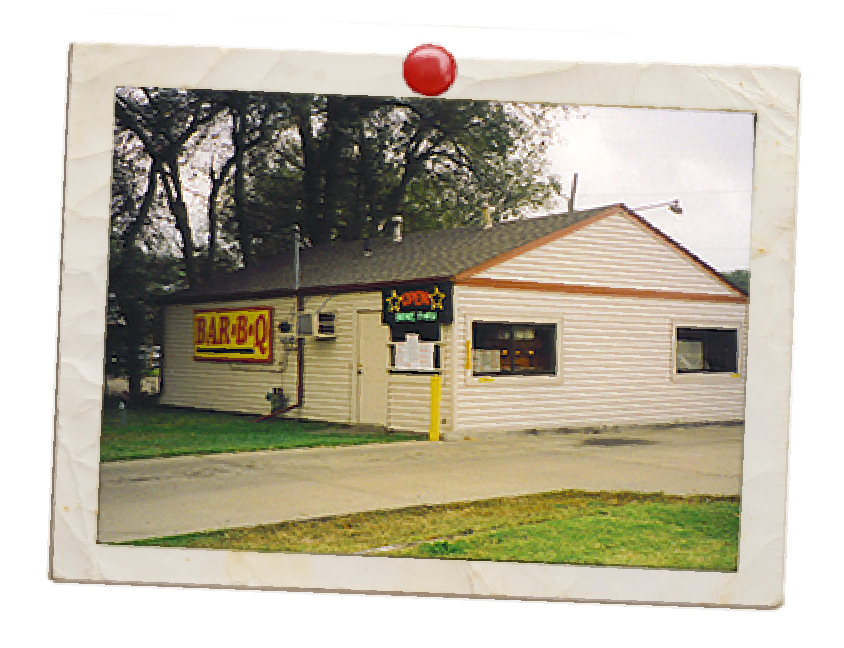 The Blake family has been serving Salina and Central Kansas the best barbecue for nearly 40 years. Owners and founders Dale and Robin Blake saw an opportunity to build a business serving simple, quality barbecue. Over time, they have established a large number of loyal customers from across the United States who plan their trips along I-70 to include a stop at Hickory Hut. Its popularity and success have made Hickory Hut Barbecue a Salina tradition.

Growing tired of the road, the Blakes opened their first permanent location in Salina, KS at 1707 Crawford Street, and “Hickory Hut” began. The first Hickory Hut was drive-thru only and operated out of a small, modified travel trailer.

The Blakes moved their growing business to a permanent structure next door. Hickory Hut’s popularity grew, and although still drive-thru only, it carried a loyal customer base that knew where to find the best barbecue in the state.

In October of 2005, Hickory Hut opened at its present location, offering for the first time both drive-thru and dining room service. The tradition continues and the legend grows.